You are here: Home / False Teachings / Counterfeit spirit of god 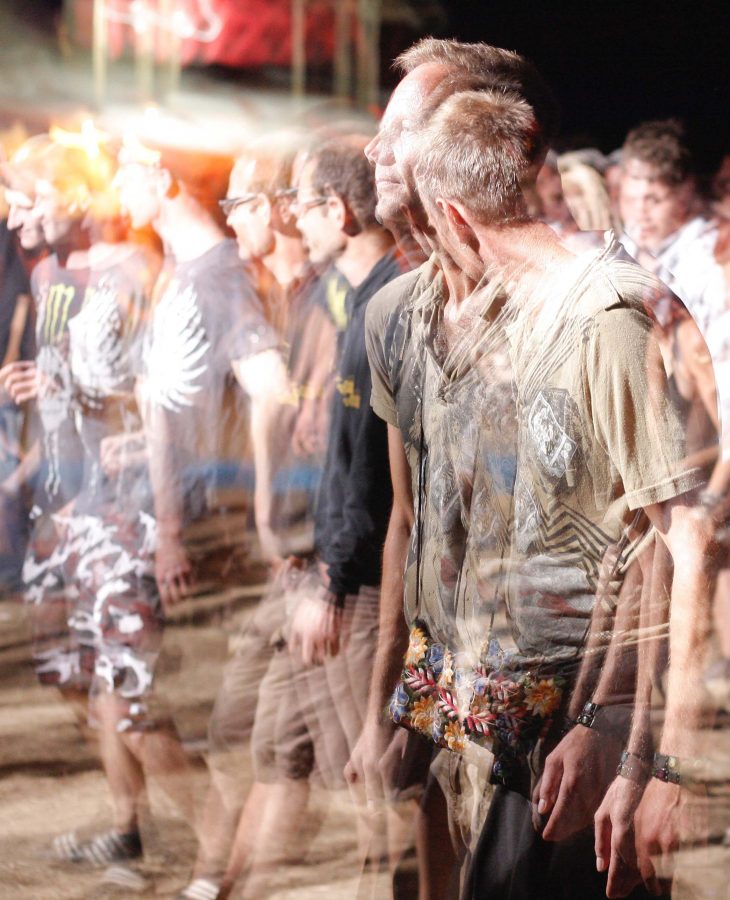 Counterfeit Christianity is growing.  Do you know the Bible well enough to spot a counterfeit church?  Are you into one – yourself?

The Bible warns of “seducing spirits” within the church “in later times“.  It warns about those church leaders who teach and delve into non-biblical practices.  Beware of fake charismatic churches and pastors who follow a counterfeit spirit of god – those who teach extra-biblical experiences, such as: Bill Johnson, pastor of Bethel Church in Redding; Rick Joyner, founder of MorningStar Ministries in Charlotte, N.C.; Ché Ahn, pastor of Harvest Rock Church in Pasadena, Calif.; John Arnott of Toronto Airport Christian Fellowship in Canada; C. Peter Wagner, and many more.

It’s here now.  I think we are now in those “later times”.

1 Timothy 4: verses 1-2   Amplified Bible (AMP)
But the [Holy] Spirit explicitly and unmistakably declares that in later times some will turn away from the faith, paying attention instead to deceitful and seductive spirits and doctrines of demons, 2 [misled] by the hypocrisy of liars whose consciences are seared as with a branding iron [leaving them incapable of ethical functioning]….

Here we look into excerpts of warnings by Hank Hanegraaff in his article: The Counterfeit Revival (Part Four).

“Rajneesh’s prescription for attaining this new consciousness was a process referred to as “dynamic meditation,” which was used to subjugate the critical faculties of idealistic devotees to the will of the “Master.”

At the subtle suggestions of the “Master,” they engaged in repetitive physical motions to complete the process of becoming mindless. Some jumped up and down furiously and chopped their hands frantically through the air. Others threw their heads backward and forward violently and bent wildly at the waist. Alternately they laughed and sobbed uncontrollably. Their frenzied behavior produced a mind-altering form of hyperventilation that dulled their critical thinking processes and emptied their minds of coherent thought. In the end they personified Rajneesh’s rendition of the “mindless man.”

“…As shocking as it may seem, what was once relegated to the ashrams of cults is now replicated at the altars of churches. In the ashrams of the cults there is no pretense. Despite such dangers as spirit possession or insanity, Hindu gurus openly encourage trance states through which devotees tap into occult realms and discover their “higher selves.” Whether they experience involuntary movements or encounter illusory monsters, all is written off as progress on the road to enlightenment.

When Jack Kornfield, a Western psychologist seeking Eastern enlightenment, suddenly and involuntarily began flapping his arms like chicken’s wings for two solid days, he was simply instructed to contemplate his experience.26 When followers of the Counterfeit Revival have even more bizarre experiences, they are seduced into believing that they have simply overdosed on the Holy Ghost.

What Eastern gurus like Bhagwan Shree Rajneesh characterize as a trance state, Holy Ghost bartenders like Rodney Howard-Browne characterize as being “drunk in the Spirit.” John Arnott is even more crass. He calls it being “marinated in the Holy Spirit.”27

Southern Baptist pastor Bill Ligon claims that God is directly responsible for this condition of “spiritual drunkenness.” According to Ligon, God told him, “I have to get My people drunk in My Spirit because they have been drunk on the world. Their minds have been polluted, they feed their doubts — there is no confidence in Me and My power. I have to get them so drunk that I can change their thoughts and their attitudes.”28

[Swift Commentary: None of these “bizarre experiences” were ever part of the Early Church experience.  Those who were filled by the Spirit did none of this.  These bizarre experiences are from heathen, non-Christian religions.  They are not of God.  And yet they are integrated into radical charismatic worship services like with Bill Johnson‘s Redding, CA church.  Is THAT really what you want to let into your relationship with Christ?  We must know the Bible well, and reject false experiences and false teachings.]

Excerpt from the section titled ALTERED STATES OF CONSCIOUNESS
Source: http://www.equip.org/article/the-counterfeit-revival-part-four/
TOPICS: altered states of consciousness, sing one song over and over

As we will see, leaders of the Counterfeit Revival use a wide variety of techniques to work followers into altered states of consciousness. One of the most disarming methods used is to sing one song over and over until participants finally lose touch with reality.

…Leaders like Joyner see the human mind as a lower form of consciousness. Thus, like Eastern gurus, they work their devotees into altered states of consciousness. Joyner, in fact, says “experience is a much better teacher than words.”16

[Swift Commentary: Many false teachings are basing their beliefs and doctrines on experience – allowing experiences to trump  the Word of God.  Experience-based religion is not true Christian faith.  They negate what God has already told us in the Bible.  True Christianity bases everything on the Bible, not on experiences.]

Whether in the ashrams of cultists or at the altars of churches, the objective of achieving an altered state of consciousness is always the same: to dull the critical thinking process because the mind is seen as the obstacle to enlightenment. As John Wimber and John Arnott put it, “God offends the mind to reveal the heart.”20

[Swift Commentary: Why on earth would you allow yourself to delve into these counterfeit practices?!  God gave us a mind so we can learn to distinguish between right and wrong.  I, for one, will never allow any church leader to manipulate me, and teach me what is actually not found in God’s Word, the Bible.  If it’s not there — it’s not right.]

Needing something more than Jesus

Many Christians continue to believe: “The Rapture can’t happen now!” But what does Scripture lead us to believe?

Jesus will SOON be personally “granting us all the privileges and rewards of a new life with Him”. (1 Thessalonians 1:10) Ready for this?

“Make no mistake: God can’t be mocked. What you give is what you get. What you sow, you harvest.” (Galatians 6:7)

Are you sure you are saved? Jimmy Evans writes what the Bible says about our salvation in Christ.