You are here: Home / Christianity / Jesus Paid It All 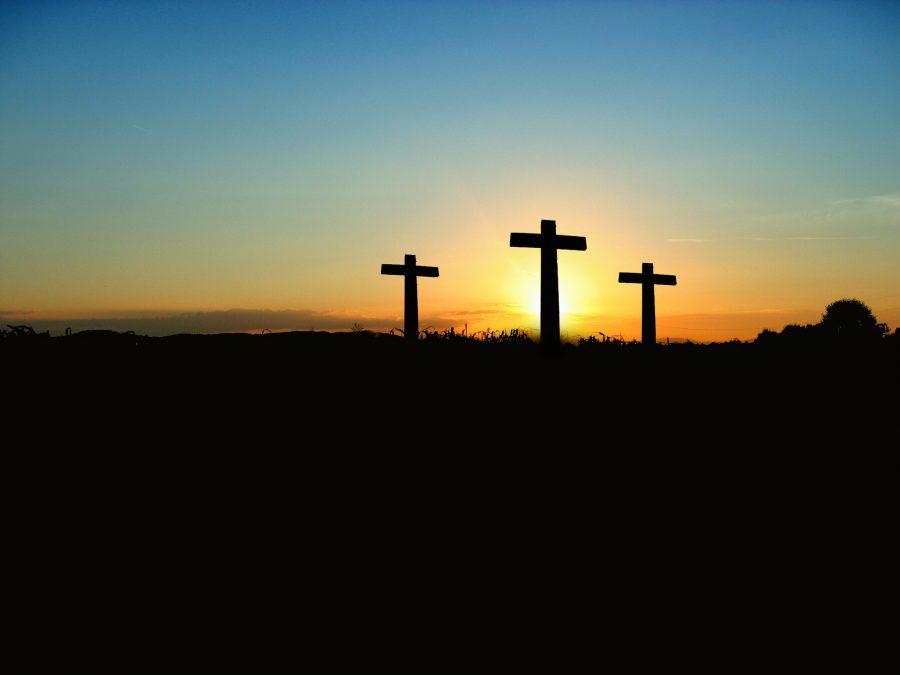 …a simple explanation of the Christian Faith

Before time, God was, and He was all there was.  Then God created Man.  God´s nature is perfect, inviolate, greater than any other.  He was (and is) Justice, and His system was (and is) unchangeable.

Then Man sinned, violating God´s system of justice. God demands justice.  There was no way to avoid His justice.  And now Man was under condemnation.  His legal nature demanded the penalty of death for disobediance.

So Jesus legally paid the just penalty for that sin against God.  Jesus, and only Jesus, was the One in all the universe who was able to legally pay the penalty on our behalf.  Because of the death of Christ on the cross, God´s legal system of justice is now able to legally forgive our debt of sin, and forgive us – once and for all, for all our transgressions – before God!

Forgiveness by God is a legal act within His Holy Justice.  Jesus’ death and resurrection provides that legality.  No other way is given to Man by which he can be freed from the condemnation of God for his sins (Acts 4:12).  Only those that accept God´s justification through Christ will ever be accepted by God, because that is part of his legal justice system.

Only the blood of Jesus was (and is) accepted by God to legally forgive a person.  Otherwise Man remains under condemnation.  Only Jesus is sufficient as the total substitute for all the punishment we legally deserve before God.  Jesus Christ is the expiation, the only appropriate amends before Almighty God, Creator of all.  God provides this ¨way out¨ for us.

Before God Almighty, one day all knees will bow, physically bow before Him.  There is no other name whereby one can be forgiven by God (Acts 4:12) – only Jesus the Christ:

In and of itself – the Bible is a miracle of God.  The Bible is the greatest attestation (declaration; testimony) of the truth of Jesus´ teachings, the veracity of Christian theology.  If one wants to draw close to God (James 4:8), the Bible is the only source of written truths by God, given to Man in order to know Him.

Nature and the general revelation of God tells us enough to know without a doubt that God exists.  But it is the Bible that tells us how to be accepted by that great Judge of the Universe, Creator of all that exists.

God is gracious to us because he loves us.  God provided one way to receive His graciousness – the provision of the forgiveness of sins through the cross of Christ.  Would that all of us would accept His offer of grace.

Comments About this article, ¨Jesus Paid It All¨:

Keith,
I have to think Grace was shown by the Triune God’s decision to even provide Christ’s provision for forgiveness.  After all, He could have just said, that’s it, you’re toast.  Bye.  But then again, the decision to provide that forgiveness and therefore a picture of Grace to be shown for all eternity was decided upon before the foundations of the world.
“To the Praise of the Glory of His Grace!!”  Eph. 1:? (verses 3-11)
Rick

There Is Only One God

The ABCs of Salvation

The Gift by His precious, undeserved grace

God is asking you to repent