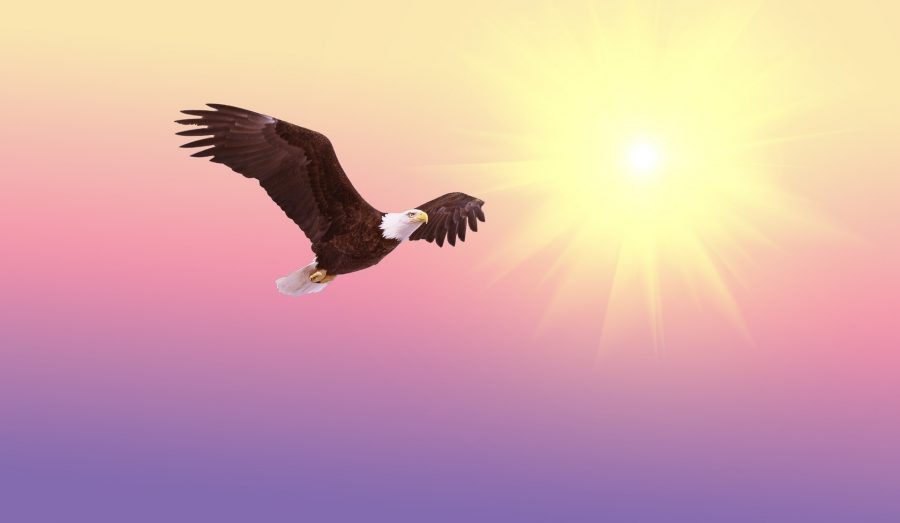 [Editor’s note: The “salvation” of God is free…, but this article considers the nature of God.]

Is God truly “free”?  This topic has been discussed by many, and the conclusions have been either one way or the other.

Conclusion of Some: God is no freer than a robot
Some believe that God is no freer than a robot could be free. Vexen Crabtree, for example, (on December 31, 2001), states that God “automatically carries out precise action of doing perfectly good” (1).  So that means that God has no free will, according to Crabtree’s reasoning.  This is because God is perfect and perfect in everything He does (Deuteronomy 32:4; Matthew 5:48; and James 1:17). So if He is perfect and cannot change and is immutable (Mal. 3:6), then obviously He would be limited by His own nature in what He could do. He has no choice.  He cannot choose.  So goes that reasoning….

So then, looking at these two opposing positions, I would like to know what the Bible has to say about it.  So I am going to present the following topics: 1) change and choosing, 2) will, and 3) freedom.

The first topic is change and choosing

The Bible teaches that God cannot change. This is taught in the following verses.

The Bible also teaches that God doesn’t change his mind:

There are Scripture verses where it seems that God changes His mind.  But if we read carefully, we see that God actually did not change His mind.  For example:

The Sabbath day: a change there?

Now concerning the Sabbath day of rest and the meaning of the word in Greek meant that – “rest”.  All the Commandments that are in Exodus 20 (minus Exodus 20:8-10 regarding the seventh day) appear in the New Testament.  There is Matthew 14:33 regarding worship and Matthew 15:4 which reproduces Exodus 20:12, which says: “honor your father and mother”. And there is the command against committing adultery (Exodus 20:14) that is found in Matthew 5:32.  Plus 1 John 3:15 states that murderers do not have eternal life, which is the command in Exodus 20:13 – not to murder.

In Matthew 12:1-8, Jesus deals with the Pharisees who are accusing his disciples of picking wheat stalks on the Sabbath. But according to Deuteronomy 23:25 it was legal to pick grains and eat them to satisfy hunger on the Sabbath. At the end of this passage Jesus says, “For the Son of man is Lord even of the Sabbath day.” (Matthew 12:8).

So we see that God did not change His mind about the day of rest.  The first day of the week is still a day of rest, as Jesus arose from the grave and was resurrected on that day.

The next part would be regarding choosing.

Man has a free will with which to make a choice: (5)

God also has a free will with which to make a choice.  Even though Vexen Crabtree tried to argue that God has no free will to choose with, we can clearly see examples of where God does choose.  For example, the word “elect” means to “select or choose out”.  God chose!  (This particular example is #8 in this list here.)

The second topic is regarding “Will”.

The Bible teaches that God has a will.

It is interesting regarding what 2 Peter 3:9 says that “God is not willing that anyone perish”. It states in 1 John 4:8 and 2 Corinthians 13:11 that God’s nature is “love”. He loves mankind and demonstrates his love by sending Jesus to pay the penalty for sin (John 3:16; Romans 5:8). Obviously not everyone is going to become saved. Some have stated that John 3:16 really is focused on the “elect” and that Jesus only died for them. They translate “the world” meaning only the elect. But looking at 2 Peter 3:9 it should be obvious that God does not want anyone to perish, not even the elect. And if He chose the elect it makes no sense why He would state “He does not want anyone to perish”. Why would the “elect” who He chose perish?

Determinism comes into play here. Determinism is the notion that all propositions are either true or false, whether about the past, present or future.  It is the thesis that God determines all that humans will do – by knowing their actions in advance. This is achieved by His Omniscience. The problem of the free will of man, in this context, is the problem of how one’s actions can be free, if God has determined them for man ahead of time. So those who hold to the theory of Predestination would be Determinists. (7)

Defining free will.  Another way of defining free will is this: it emerges from the interaction of finite rules and deterministic parameters that generate infinite and unpredictable behavior. For example, God could determine what man will do given God’s Omniscience, but His Free will and man’s free will could generate infinite and unpredictable behaviors. That doesn’t mean that God wouldn’t know what would happen, but it does mean that having a free will would generate decisions made that might not be so predictable for man.

Continuing on with the topic regarding the “Will”.

The Bible teaches that Angels have a free will.

The Bible teaches that man has a free will.

A choice over which he has no control:

The last topic is regarding “Freedom”

Defining  “free”.  The word means: “unobstructed, not restrained, not controlled by obligation or will of another, not bound or attached.” (10) So using this definition we see what God is:

The freedom of man

We have seen that God cannot change — but He can choose.

“Constraint of nature
does not equal the lack of freedom.
It is, indeed, the ultimate freedom to do as one is.”
-Pastor John Crandall

Is it possible for God to be free?